Vlogging is becoming more and more popular every passing day. It can now be pursued as a viable career. To start a vlog you basically need three things – A great idea, a good camera and a decent video editing software.

Today we are going to look at the five best cheap vlogging cameras which can help you in creating high quality vlogs. Cameras now a days are not that expensive as the industry has evolved over the years. 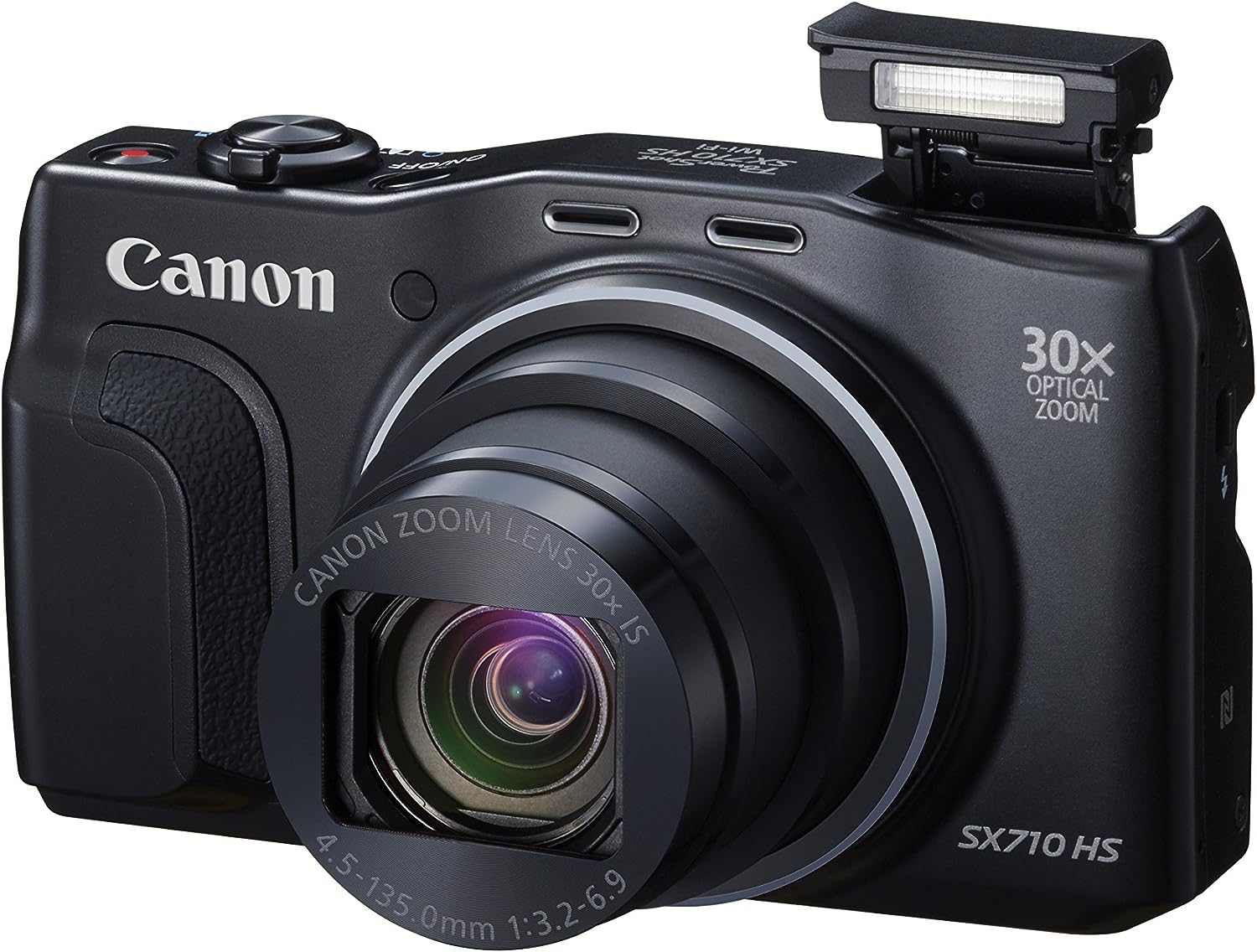 It has a 20.3 MP sensor and it can record up to 1080p at 60fps. It is considered to be one of the travel cameras. It has built in Wi-Fi with NFC, which helps you in transferring your files on the go. It also has optical image stabilization and a wide lens with a focal range of 25mm to 750mm. All these three features – Wi-Fi, Optical image stabilization and a wider lens, makes it a really good option for vloggers.

The weight of the camera is just 269 grams. You can easily carry it around everywhere you go as this camera is extremely lightweight. It has built in optical image stabilization. It is a very essential feature which stabilizes your videos when you are creating them while walking or moving. It has a 30x optical zoom. And you can also control the camera remotely via your smartphone or personal computer.

On the flip side it doesn’t have features like a flipping screen, touch screen and manual focus. For vloggers one of the most important thing in a camera is a flipping screen, as without it you won’t have any idea what’s being recorded in real time. The battery life of this camera is also pretty low, it lasts for only 230 shots. So you would have to carry a couple of extra batteries with you everywhere.

Thus, this concludes the overall review of the Canon PowerShot SX710 HS. It’s a really good camera, the overall video quality and image quality is very good. It has some really good features that compliments vlogging like optical image stabilization, Wi-Fi, 30x optical zoom, etc. While it lacks some essential features like a flipping screen, good battery life, etc. So overall a good option for the vloggers who are going to shoot outdoors more. 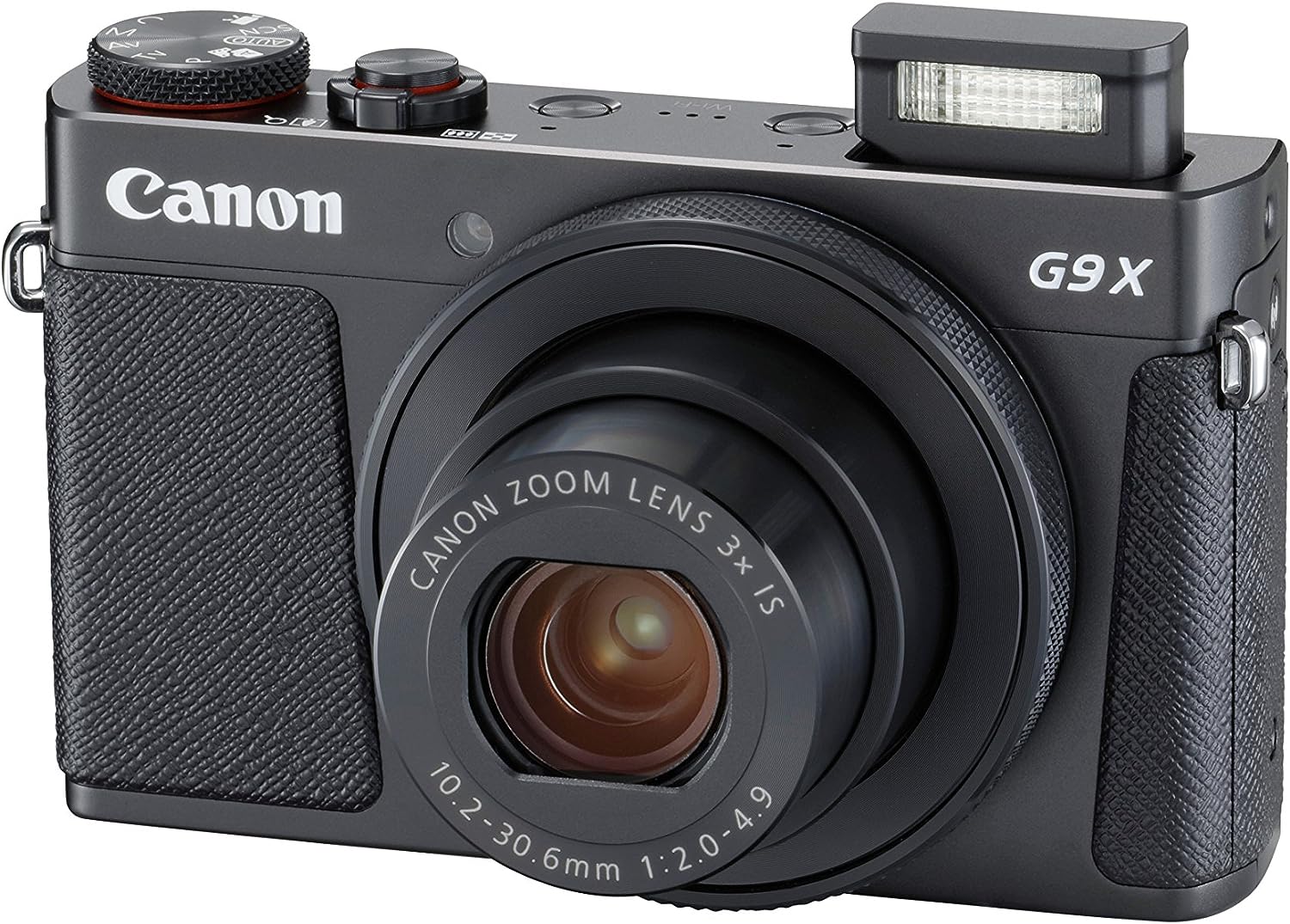 It is one of the best vlogging camera models out there. It is very popular among the vlogging community. It has a 20MP sensor and it can record 1080p Full HD videos. It has built in Wi-Fi, optical image stabilization and touch screen. It can shoot videos in RAW mode.

It has a wide lens with the focal range of 24mm to 84mm and it comes with a manual focus too. It is light weight at just 209 grams. It can shoot some really great videos in low light and also a 1.040k pixels display. All of these features combined, makes it one of the most popular vlogging cameras on YouTube.

One of the main reasons of its insane popularity in the vlogging community is its portability. The weight of the camera is just 209 grams and the overall structure is very good, it easily fits in your pocket. If you are going to shoot the majority of your videos outdoors then this can be a really good choice for you.

But on the other hand it lacks a flipping screen, which is one of the most essential feature for vloggers. It has a very low battery life at just 220 shots. Though it’s not that big of a problem, as you can easily carry a couple of extra batteries with you. The optical zoom is just 3x.

This was this was our overall review of the Canon PowerShot G9X. It is a really good camera, the overall video quality is terrific. If you are just starting out then this can be your perfect fit. It has almost all the essential features for creating vlogs like Full HD recording, Wi-Fi with NFC, auto focus, optical image stabilization, etc. But it still doesn’t have a flipping screen. 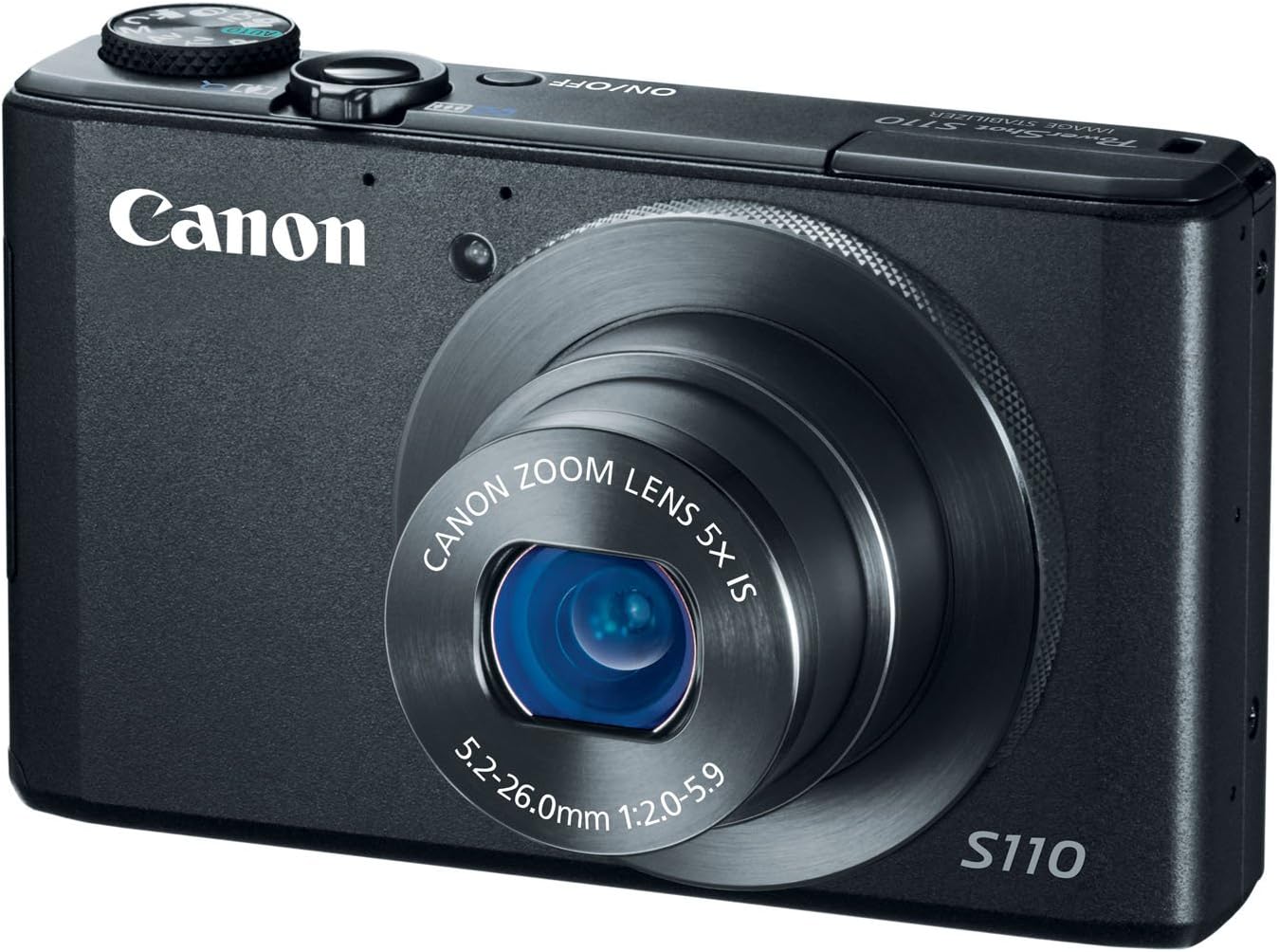 It is a powerful point and shoot camera. You may not heard of this camera that often, but it has some really great features and the form factor is also good. It has a very light weight and sleek design. It is very compact and it easily fits in your pocket.

It has 12MP sensor which can record videos up to 1080p. The videos are clear, crisp and beautiful. You can create high quality vlogs with this camera. It has built in optical image stabilization, Wi-Fi, manual focus and the ability to shoot videos in RAW mode.

It also has a wide lens with a focal range of 24mm to 120mm. For shooting talking in the camera type of videos, you would require a wider lens as you are recording at a closer distance. The overall functionality of this camera is very easy to use.

On the flip side it doesn’t have a flipping screen, which is the most demanded feature by vloggers all over the world. Because without a flipping screen you would not be able to see what’s being recorded in real time. It has a poor battery life at just 200 shots. In order to be on the safer side, you would have to either carry a couple of extra batteries with you or a power bank. The grip of the camera is also not that good, it affects the handling aspect too.

This finishes the overall review of the Canon PowerShot S110. It is a good vlogging camera with terrific video quality and low lighting performance. If you are just starting out or already vlogging with your basic camera, then you can definitely look at this option seriously to upgrade the quality of your vlogs. 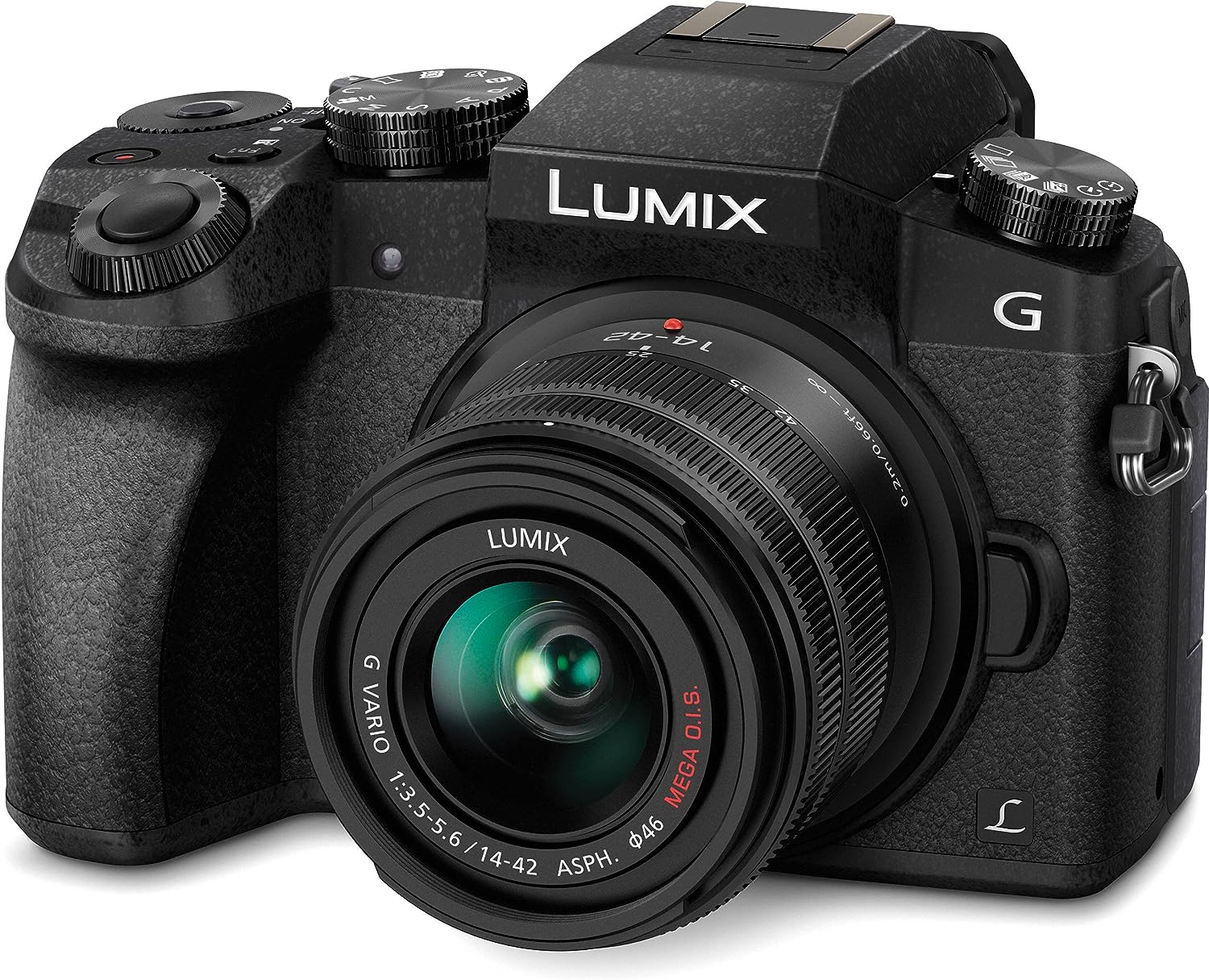 It is a mirrorless camera. Basically you are getting the powerful features of a DSLR in the size of a compact camera. Its main selling point is its ability to record videos in 4k. It can record continuously up to 29 minutes of 4k video. You can totally upgrade the quality of your vlogs with the help of 4k.

It has built in Wi-Fi with NFC, autofocus, optical image stabilization, flipping screen and is lightweight too. All these features when works in conjecture with 4k results in marvelous and mind blowing video quality. Your videos will be more bright, crisp, clear and beautiful. This camera is probably the best budget 4k camera you would find right now.

It has a touchscreen and a 2.36 million pixels display. The incredible display complements the electronic view finder. It represents the videos and images with 100% accuracy even in daylight. For vloggers it’s a very big deal, as it will help a lot when you are shooting outdoors.

But on the other hand it lacks a good battery life. It only lasts for around 1.5 hours. So you would always have to remember to take the couple of extra with you every time. The build quality of this camera should have been better, it’s made out of plastic. If not carbon fiber, they would have at least used some kind of metal to make it more sturdy and durable.

It also do not have an external headphone jack, though it’s not the most demanded or essential feature. But still hearing the audio being recorded in real time, would definitely help you a lot in your video production process. The quality of the slow motion videos is poor.

This was our “overview” review of the Panasonic G7. Overall it’s a terrific 4k camera with built in features that vloggers would love like a flipping screen, autofocus, Wi-Fi with NFC, etc. But it still lacks a good battery life and solid build quality. If you are looking for a budget 4k camera, then this is a really good option. 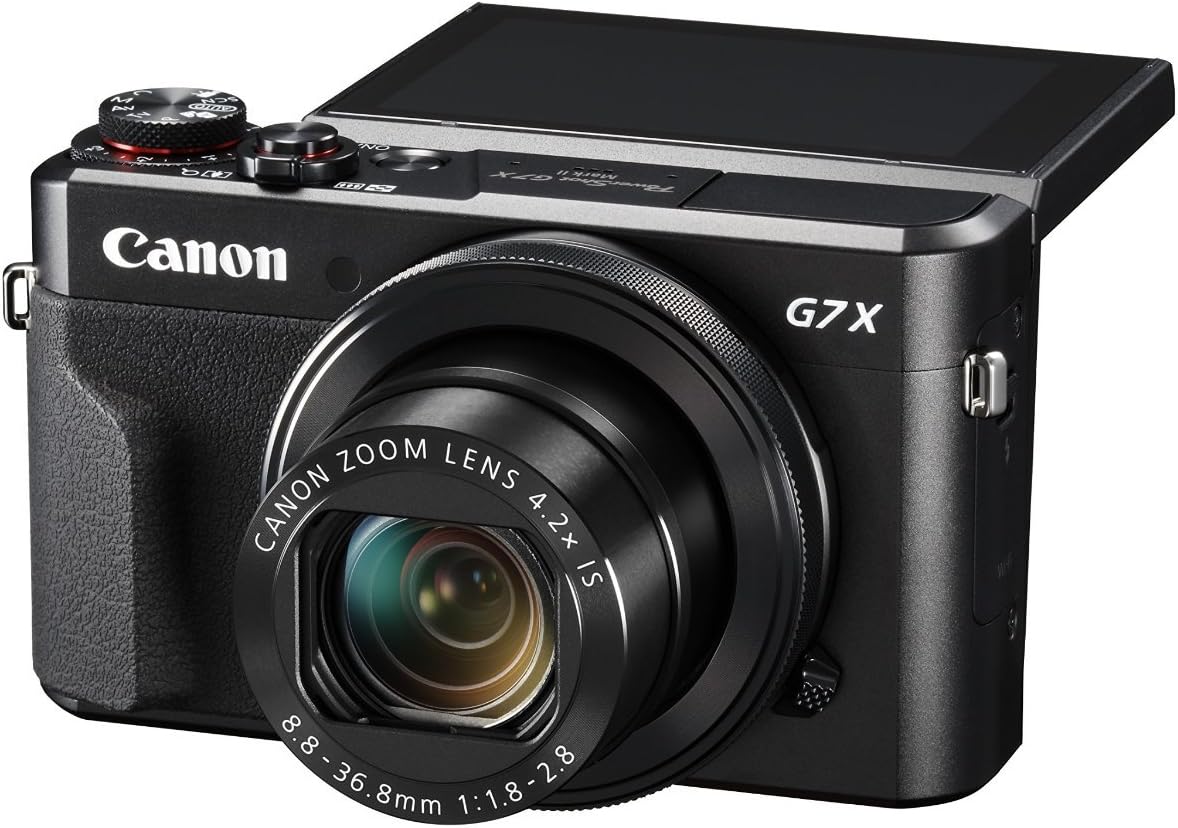 It has a 20.2 MP sensor which can record videos up to 1080p at 60fps. The overall video quality is very good. It is one of the most popular cameras used by YouTuber’s. It has built in Wi-Fi, autofocus system, optical image stabilization. You can also use this camera fully in manual mode. The low lighting performance of this camera is really good.

It is a lightweight camera with super powerful features. And this combination makes it an idea choice for vloggers. For creating you daily vlogs, you would want a light weight camera which can record high quality videos and this camera does that exactly.

There are some downsides of this camera too. It does not have an external microphone jack. The built in microphone of cameras are not that great. In order to get the best audio quality you would have to use a portable microphone. The battery life of this camera is poor, it lasts for just 210 shots or around one hour and fifteen minutes. You would have to for sure carry a couple of extra batteries with you everywhere.

And this concludes our review of the Canon PowerShot G7X. Overall it is one of the best vlogging cameras out there. It has almost all the features a vlogger would demand like flipping screen, autofocus, optical image stabilization, Wi-Fi, portability, good video quality, etc. But still it lacks a good battery life and an external microphone jack.

This concludes our overall list of the best cheap vlogging camera models of 2017. Starting a vlog has become pretty easy these days. You can start a vlog by choosing any of the above listed cameras and create high quality videos.

So, these were the five best cheap vlogging cameras out there. If you are just starting out then we highly recommend you to at first use any of these vlogging cameras before investing a hefty amount in a high end camera.

And lastly, if you have a specific budget in mind for your vlogging camera choice, ​then definitely check out our guides below.