When you are looking for a vlogging camera, most people will recommend you to go for a Canon or a Sony. Cameras from these brands are used by the majority of popular vloggers. However, there are some vloggers who are using Nikon cameras as well. Every brand has its own strengths and weaknesses. Where Canon’s strength is Video, Nikon’s strength is photography.

Nikon has been a top choice for photographers all around the world due to their focus on producing cameras that give the highest image quality. Though this does not at all means that their video quality is not good, it’s just not superior to the competition. Nowadays more and more vloggers are inclining towards Nikon cameras as they find them to do a great job with video recording quality also. 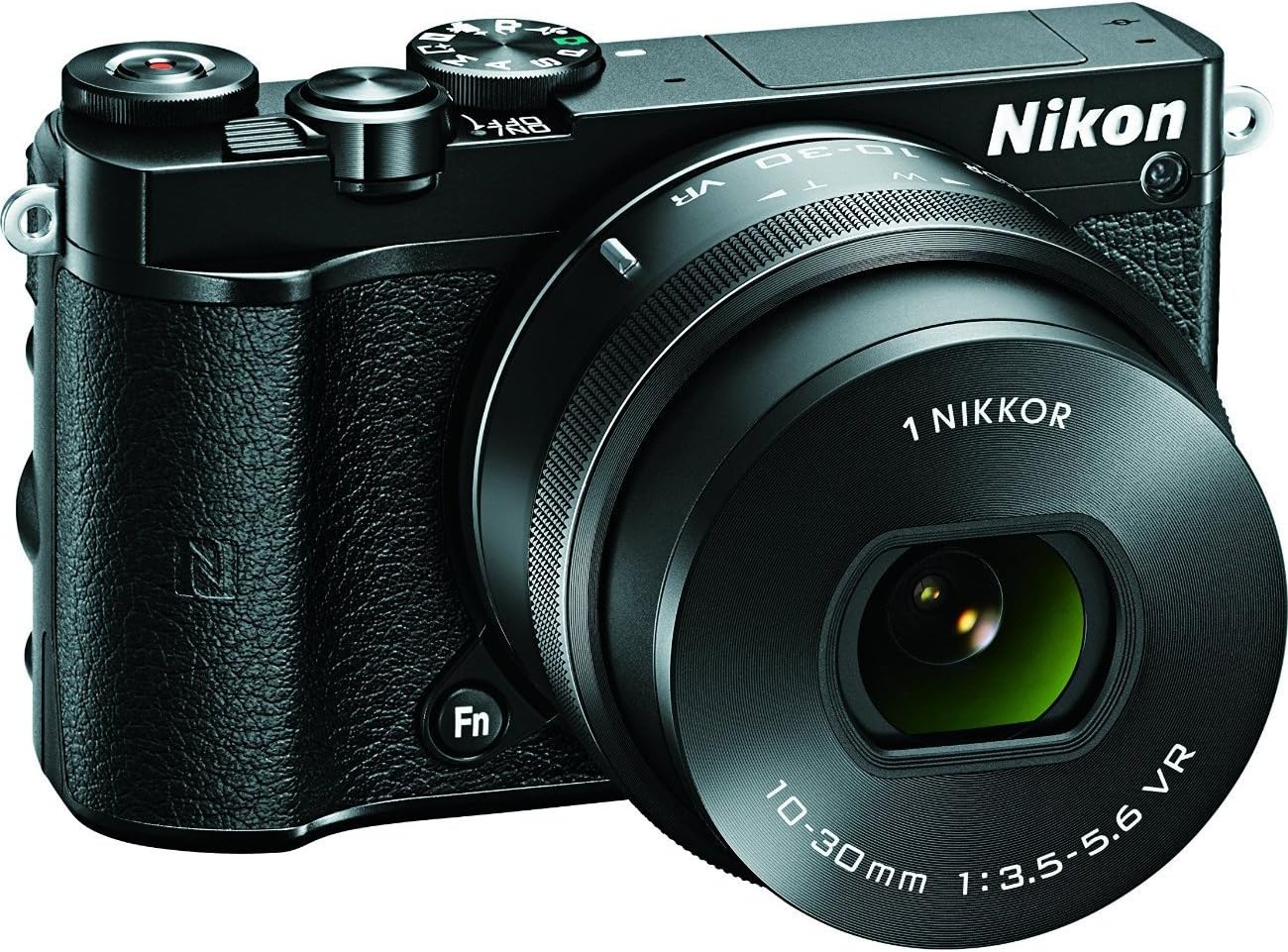 Nikon 1 J5 is Nikon’s most affordable vlogging camera. It has some a blend of powerful features which comes at an affordable price. It has a 21MP lens and it can record videos up to 1080p at 60fps. The overall video quality is fairly good. It has a 1” sensor which makes it possible to shoot good quality videos even in situations with low lighting.

It has a face detection focusing system, which works really good. It is accurate and insanely fast. You won’t have to manually focus on any object while creating your videos, it will do that automatically. The optical image stabilization of stock lens is good; you won’t experience any type of shakiness in your videos.

It has a tilting touch screen. It can tilt up to 180 degrees, which is fair enough for vloggers. Though a fully articulating screen is recommended as the view is better, but still a tilting screen is not that bad. After a few days you would get used to it. The weight of this camera is 231 grams. It is extremely light weight, just to give you a reference the weight of an average apple is around 100 grams. You will love shooting vlogs with this camera throughout the day without getting tired.

It has built in Wi-Fi with NFC, which enables you to transfer files wirelessly and also you can upload them to the internet. It can also shoot slow motion videos and time lapses.

On the flip side it lacks a good battery life. The average battery life of this camera is just around 250 shots. Which means that you would always have to carry a backup battery or a power bank with you everywhere, to ensure that your shoot continues without interruptions. One major drawback of this camera is that it does not have a APS-C sensor which is found in almost all of the most popular cameras by Sony, Canon, etc.

Though you are getting a mirrorless camera in this range, which is quite rare. It also lacks an external microphone jack. To upgrade your audio quality, you will have to additionally get a portable microphone and sync the audio every time.

This concludes our review of the Nikon 1 J5. Overall the image quality of this camera is outstanding, the video quality is fair enough. It has some really great features that complement vlogging like a tilting screen, portability, Wi-Fi, autofocus, etc. but on the flip side it lacks a good battery life, an external microphone jack and good video quality. 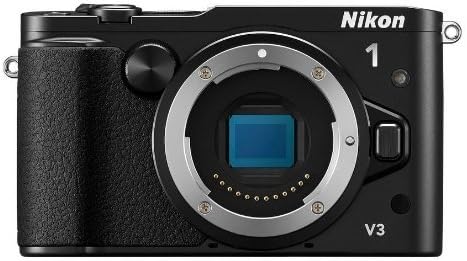 This is also a mirrorless camera from Nikon, but more expensive and with more features. It has a 18MP lens which can record up to 1080p at 60fps. The overall video quality is fairly good. It has a touch screen, using which you can change settings in seconds. You can also set focus while recording videos directly by tapping on the touch screen. This feature would help vloggers while creating reviews or any close-up shots in general, where you would have to change focus more than a couple of times.

It is a very portable camera; it’s weight is just 381 grams. You would have no problem to hold and record with this camera for long hours. This is one of the best advantages of getting a mirrorless camera. It has an external microphone jack, which allows you to use an external microphone to upgrade your audio quality.

The autofocus and the optical image stabilization system is fairly good. Here you are also getting a face detection system, so if you are going to record a lot of interviews or collaborations then note this point out. It has built in Wi-Fi with NFC which will make your files transferring process extremely easy and fast.

On the flip side it lacks a good battery life. It only lasts for around 310 shots. If you are going to do a lot of outdoor shooting, then you would have to carry a couple of extra batteries to be on the safer side. It also lacks a flip screen, which is one of the most demanded feature by vloggers all over the world. Without it you will not be able to tell whether you are in frame or not, whether the focus is proper or not, etc. So to avoid these problems, you would have to spend an extra couple of hundred dollars to get an external monitor.

This concludes our review of the Nikon 1 V3. Overall it’s a fairly good camera for vlogging. It has features like an external microphone jack, touch screen, Full HD recording, Wi-Fi, etc. but on the flip side it lacks a good battery life and a flipping screen. 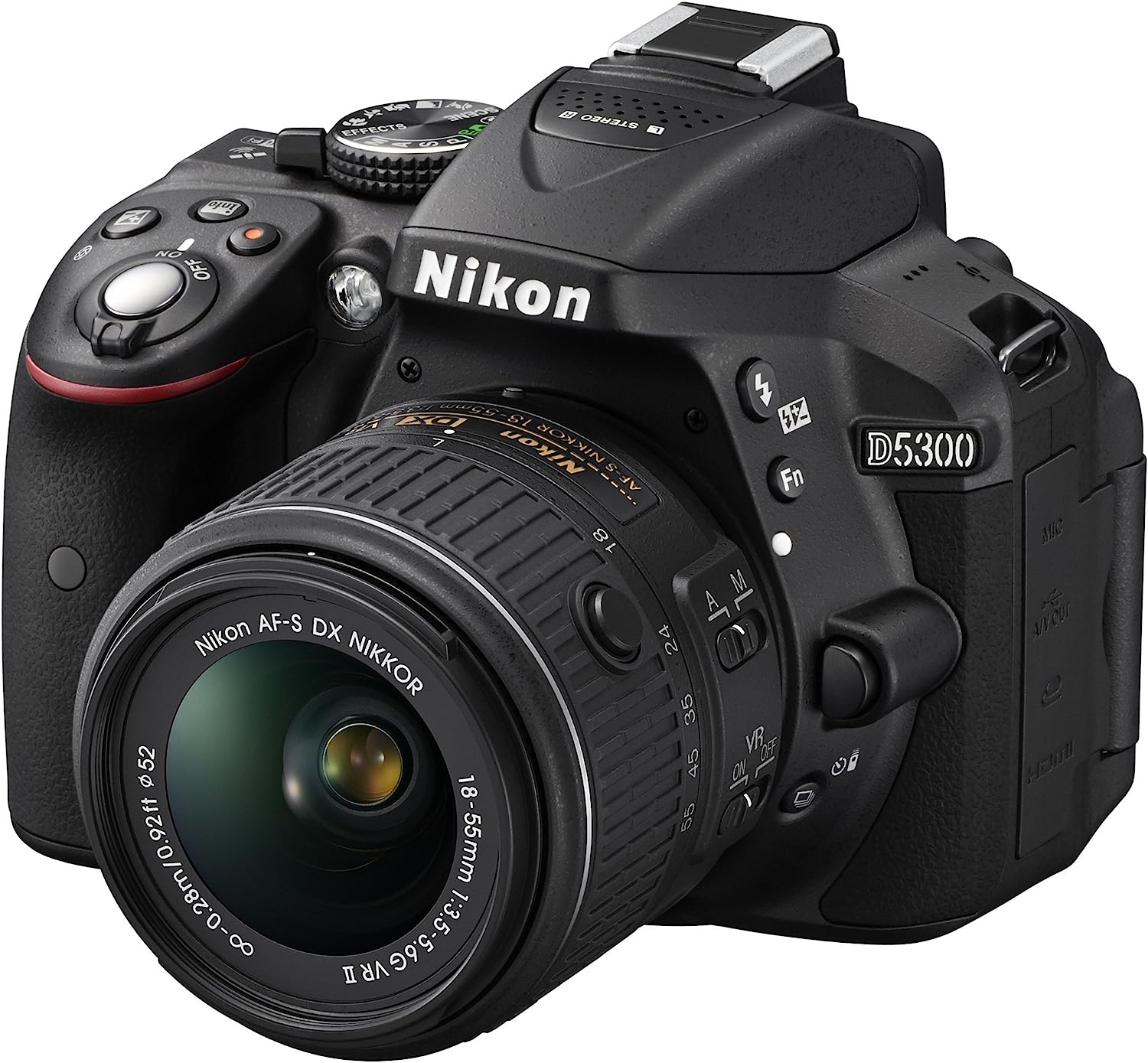 It is a DSLR by Nikon which happens to be vlogger friendly camera. It has a 24MP APS-C sensor which is big enough to help you create really good videos. The larger the sensor, the light it can absorb which results in great image and video quality even in low light situations. If you are going to shoot a lot of videos indoors then this camera would be a good choice for you.

It has a flipping screen, which will help you while creating vlogs. As a vlogger you will have to conduct the whole video production process alone. You will have to act and direct the videos alone, which can be a challenging task if you can’t monitor your videos in real time. When films are produced, the actors just act while the director and his team monitors the shoot.

They are responsible for getting actors in the frame, ensuring that the focus is proper throughout the shoot. But as a single vlogger you will have to act and direct yourself. A flipping screen will help you in monitoring your videos in real time immensely.

It has a fast and accurate autofocus. A good autofocus system is an essential feature of a vlogging camera, without it you won’t be able to create vlogs easily. It can record videos in 1080p that is full HD, the golden standard for YouTube. It also has an external microphone jack to save you a couple of hundred dollars on a portable microphone.

The weight of this camera is around 480 grams. It’s a fairly lightweight camera, though it’s not extremely lightweight as compared to its peers. Still it’s a portable camera, your hands won’t hurt at all even after holding this camera for a couple of hours. It has built in Wi-Fi to transfer and upload your files wirelessly. The battery life of this camera is really good, it lasts for about 600 shots.

This concludes our review of the Nikon D5300. Overall it’s a good camera for vlogging. It has a nice blend of features like a flipping screen, autofocus, full HD recording, an external microphone jack, etc. but it still lacks a touchscreen. So if you are just starting out your vlogging game then this can be a good fit for you. 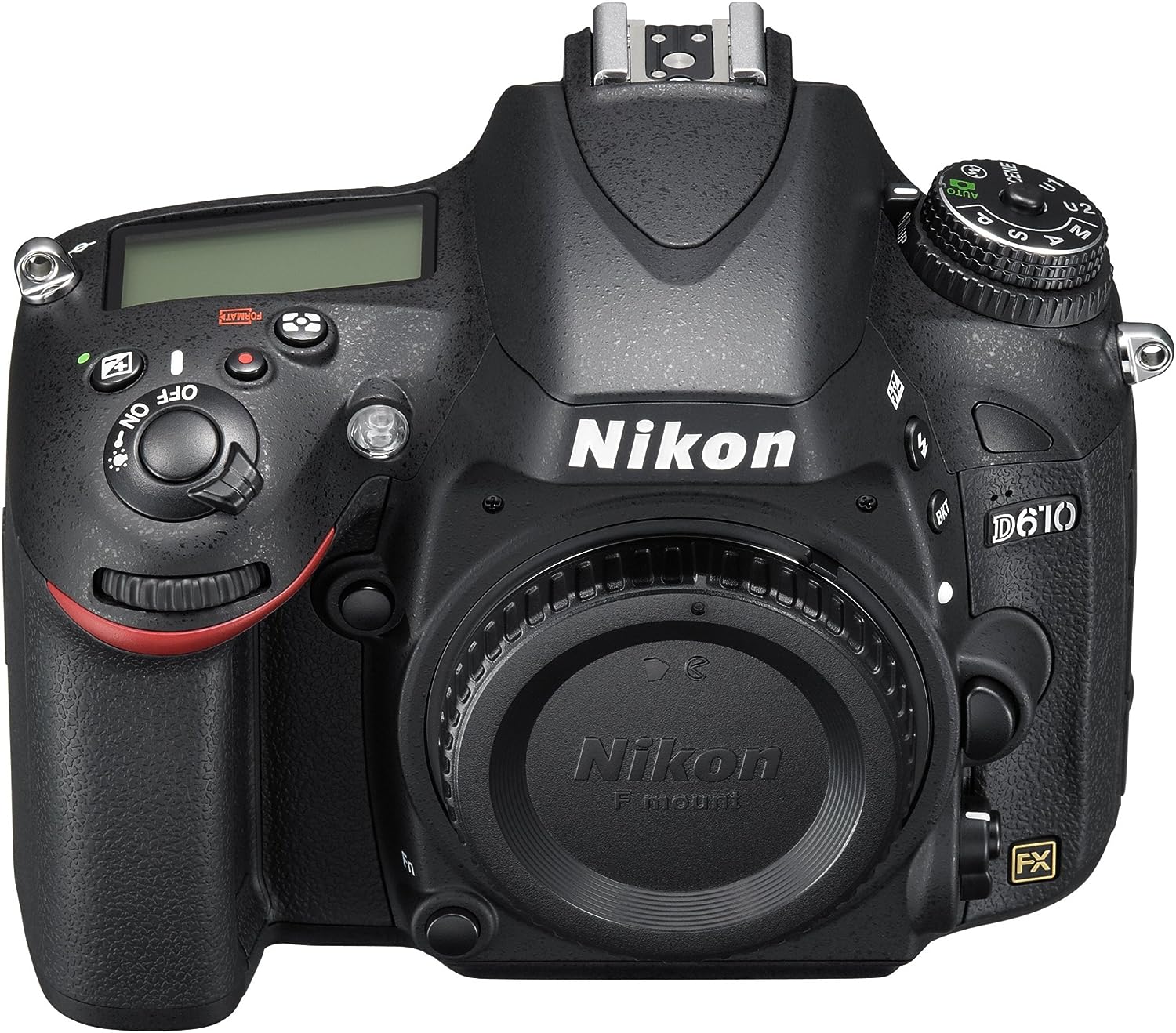 This is a Pro DSLR by Nikon which is a killer choice for lifestyle, fashion and beauty vloggers. The overall image quality of this camera is marvelous. It has a 24.3MP full frame sensor, which shoots extraordinary images and videos. You would have no problem in shooting videos even in low light. You can shoot a lot of videos at night with the help of this camera. And even shooting videos indoors will result in good quality vlogs. It can record up to 1080p at 30fps, which is the golden standard for YouTube.

It’s extremely important for you to have an external microphone jack without it you won’t be able to record high quality audio easily. And with the help of the headphone jack you can monitor your audio in real time.

On the flip side it doesn’t have a flipping screen, Wi-Fi and a touch screen. Having a flipping screen is extremely crucial, because without it you won’t be able to set frame and monitor focus easily. And without the touchscreen changing your setting would be very time consuming and tiring. The weight of this camera is around 850 grams which is a bit too much. You won’t enjoy holding it for long hour shoots outdoors at all. If you are really concerned about weight, then you should choose a mirrorless camera.

Choosing a mirrorless camera, you will get all the features of a DSLR in a form factor of a compact camera. Though you will have to pay a premium for these type of cameras, but it’s worth it if you are going to use them daily for creating vlogs.

This concludes our review of the Nikon D610. Overall it’s a really good vlogging camera for lifestyle, fashion and beauty vloggers. It has basically a good blend of features to get started with your vlogging game right away.

These cameras are really good at photography and fairly good at creating videos. Nikon is considered the industry leader in terms of photography cameras. But these days more and more vloggers are opting for Nikon vlogging camera models as they daily driver.

Though when you compare these cameras with that of Canon or Sony, they are not quite on the same level in terms of video — they are still not that bad at all. Overall you will not be disappointed with Nikon cameras.