Trail cameras must be weatherproof, rugged, remote cameras with long-lasting batteries that can be left unattended for months in remote areas, or in areas that are difficult or dangerous for a photographer to access. Remote cameras have a wide range of uses. Artists, nature photographers, and researchers use them for time-lapse photography. Homeowners and hunters use them to observe wildlife. In sports photography, remote cameras might be placed behind a basketball hoop, on a goal, or beside a racetrack. They are used as web cams to display scenic views as well as to monitor equipment in hazardous areasn, and also used for security and surveillance.

In this article, i will break down the best trail cameras that fit your specific needs and detail how to use them properly.

The Browning Strike Force Sub Micro ranks high on all features, and it is my top choice. A fast trigger speed of 0.67 seconds and a recovery time of 2.3 seconds make it in the top five percent of all trail cameras on the market. Reviewers report that the camera captures head shots of animals as they enter the field of vision, full shots as they pass through, and “butt shots” when they leave, indicating that the field of vision totally matches the camera’s 50 foot detection range.

In daylight, the camera’s light sensors easily handle direct sun, shade, or a mix of sun and shade, producing bright, clear images with excellent contrast. As a result, this camera can captures excellent daytime photos and HD videos with sound. Daytime videos can last from five seconds to two minutes.

At night, the no-glow, infrared flash for night photography emits no visible light, but some dimness, graininess, and blur is expected from these flashes. However, the contrast in the nighttime image is exceptional and that all areas of the image are evenly lighted. They could identify human faces and count the points on a large buck within a 50-foot detection range.

Camera setup is easy. The two-inch internal viewer with live preview mode allows you to see the area that is in the cameras field of view as you set it up. The camera’s size (5″ x 3.2″ x 2.5″ ) and the bark pattern printed on the case allow it to blend exceptionally well with tree bark. 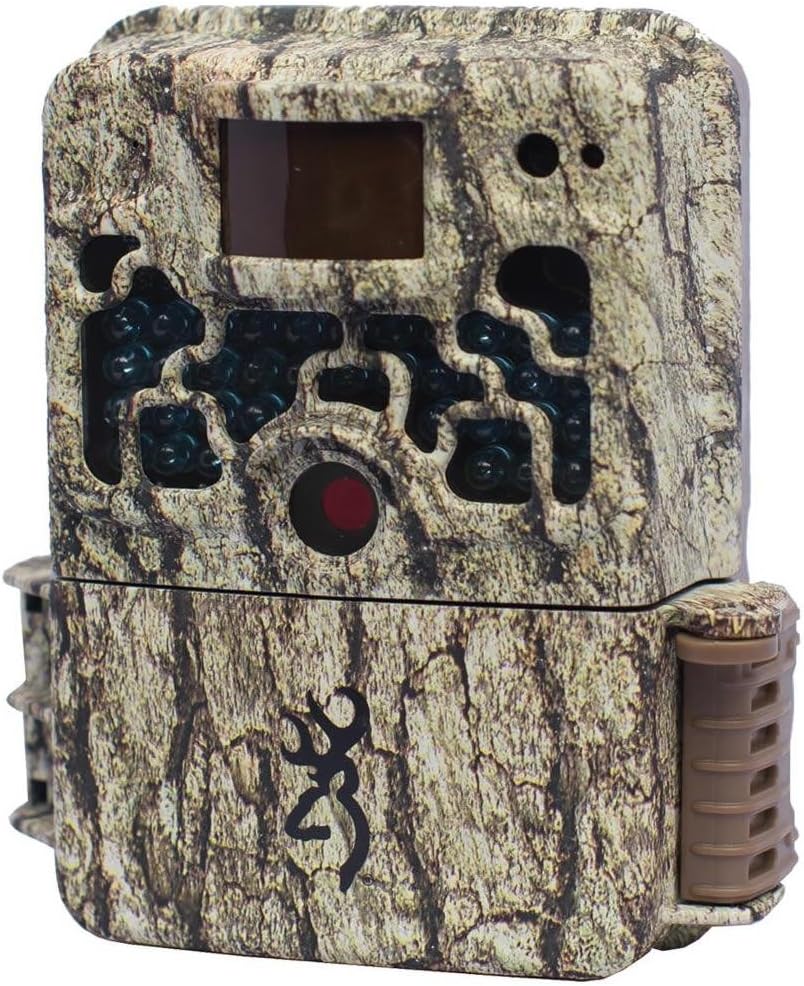 Spartan’s HD GoCam is a top ranked cellular trail camera for a good reason: its sleek design is the product of experienced camera users whose design input led to a quality, durable camera. Furthermore, high quality does not mean that the camera is more difficult to use; in fact, it is ready to use right when you take it out of the box. An AT&T DataConnect Pass SIM card is included with the purchase, and activating the service only requires accessing this webpage.

This trail camera offers a less-than-one-second trigger speed and captures photos that may be set to have a resolution as high as 8 MP. If enough images are taken to fill the 32 GB SD card, you can set the card to overwrite its stored photos with the newest captures, starting with the oldest stored photograph. Additionally, you can choose between two duty periods for this trial camera to capture images in different trigger intervals and time-lapse settings if you do not want it constantly taking pictures. Picture parameters are set using the online camera menus available on the website and you can activate your wireless camera service through it.

An additional feature offered by this camera is the ability to record videos instead of transmitting photos. Video resolution can be set as high as 720p HD, and the infra red LED array illuminates up to 70+ feet for clear night videos and pictures.

To protect your 6”x5”x3.5” piece of equipment, this camera boasts a case that is exceptional in preventing water damage during outdoor use. The flush case mating areas in both the front and rear case halves, plus the rubber gasket and double-hinged latch attached to these case halves, provide an excellent seal to avoid environmental damage. However, in the case that the camera gets damaged in any way, you can rest easy knowing that all Spartan cameras have an industry-leading 2-year warranty.

This Spartan camera is powered by 12 AA batteries that are stored in the rear case, and it can provide a few months of battery life, and an external power source is not necessary. 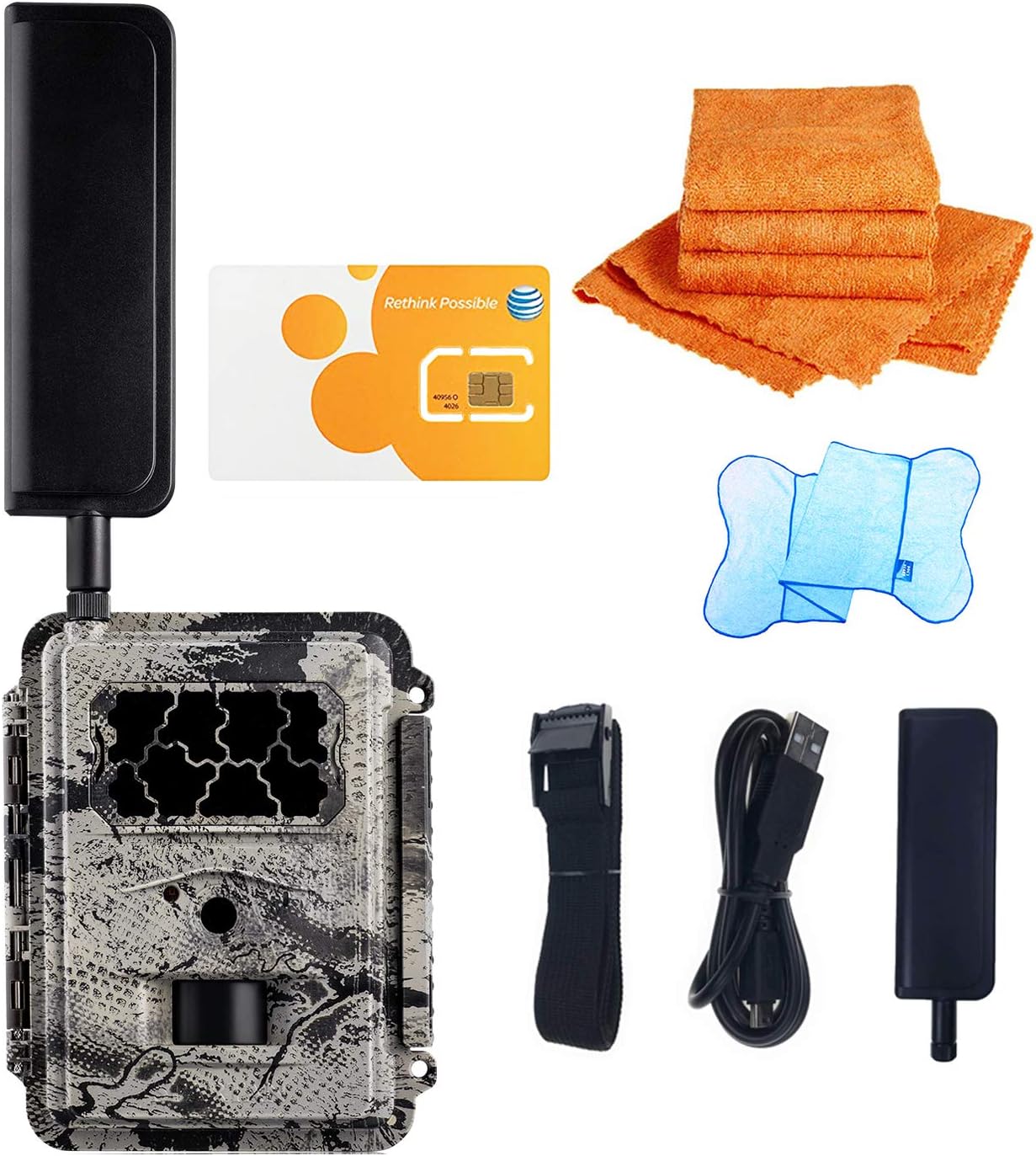 Best  Trail Camera for the Money

The camera is equipped with a day/night auto-sensor and can be set to take photos only during the day, only at night, or both day and night. Field Scan Time Lapse mode allows you to take still photographs or videos at your choice of intervals independently of the motion trigger. Field Scan 2X allows two windows for photography or videos which is useful for capturing images during the magic hours of dusk and dawn. A similar Bushnell Trophy Cam stores videos as avi files, but, because it is not a true avi file, Mac computers require a free DIVX player to display the videos.

When you trigger the motion detector, the camera will take still photos or up to 60 seconds of video with sound and is suitable for use during the day and night, and has a video resolution of 1280 pixels by 780 pixels. Images are stamped with the date, time, phase of the moon, and the temperature. A GPS locator tag allows those with multi-cameras to input the longitude and latitude of the camera’s location and have that information embedded in the image file.

The nighttime red-glow infrared LED flash has a range of 60 feet. Some animals notice the flash, but are not frightened by it. Bushnell Trophy Cam HD Trail Camera provides an adjustable nighttime flash with settings of low, medium, and high. Setting the flash lower shortens the exposure and darkens nighttime pictures, eliminating problems with motion blur and severe white out for objects within 10 feet of the camera. This setting also lengthens battery life. Pictures in daytime are clear, sharp, and have excellent color. The video is also excellent and the audio is able to pick up sounds at some distance.

The camera uses four to eight AA batteries. A comparable Bushnell Trophy Cam used just 0.19 milliamps while resting. Daytime photography requires 403 milliamps while nighttime photography requires 685 milliamps, that make this camera in the top 10 percent of all cameras for low power consumption. Batteries in the similar model could last from two to four months or up to six to 12 months if the camera takes few pictures. Battery life can be extended with the use of nimh rechargeable batteries. 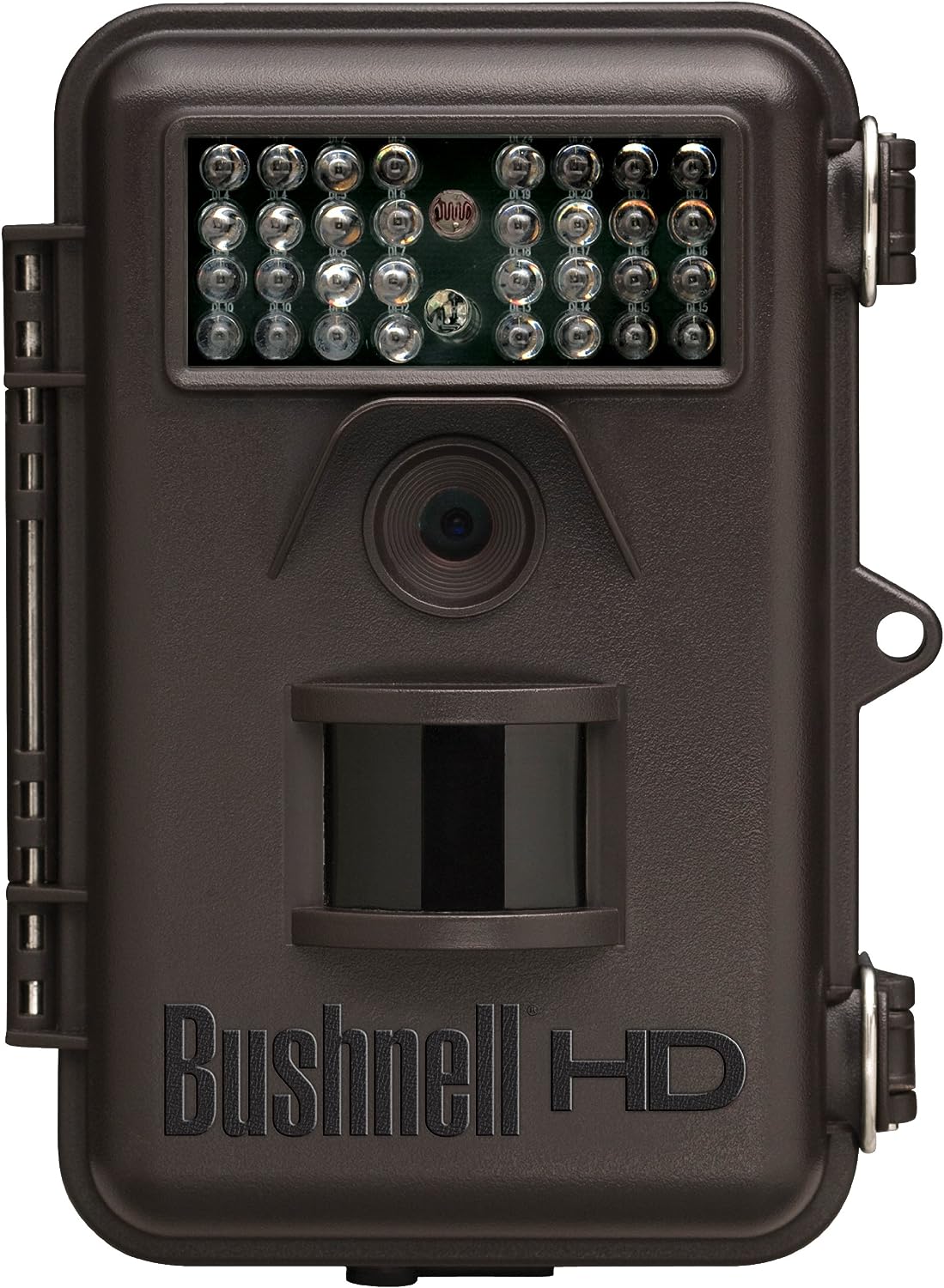 The Stealth Cam G42NG No-Glow Trail Game Camera receives an average rating of 4.3 stars out of five stars from 158 reviewers on Amazon. While the camera has a fast trigger speed of 0.49 seconds, it has a below average recovery time of 6.6 seconds. However, a firmware update is expected to reduce recovery time by 50%.

The camera has a detection range of 60 feet, and the no-glow infrared flash extends to 50 feet allowing the camera to monitor a wide area night and day.

This trial camera takes both still photos and HD videos with sound that range from five seconds to three minutes. Photo resolution can be set to two megapixels, four megapixels, eight megapixels, or 10 megapixels. Eight or 10 megapixels provide the most detail and the highest quality images. Animals close to the lens are in focus and there is little blurring. However, the background and objects more than 70 feet from the camera are out of focus. Interestingly, this is the opposite of most cameras. Daytime photos have vivid colors and good contrast, but some nighttime photos heavily white out objects close to the camera, and a firmware update has improved nighttime photographs overall, but inconsistencies continue.

The case is well designed and measures only 5 1/2 inches by 4 inches by 2 3/4 inches. A bracket for a python lock and a threaded insert for a Slate River Mount are built into the case.

This camera can be set to take from one to nine photos in burst mode. It has three preset modes and one custom mode to choose from in addition to a manual shot capability that is protected with a Secure Lock password. The preset modes include a three-photo burst at eight megapixels with a 30 second delay, a single photo at eight megapixels with a 30 second delay, and a 10 second HD video with audio at a 720 pixel resolution with a 10 second delay. When you move the slider to one of the preset modes, the backlit programming window lights up and the display scrolls through the settings for that mode. If you want a different setup, move the slider to custom mode and choose the settings you prefer.

This trial camera is a solid choice, but the slow recovery, higher power usage numbers, and inconsistent nighttime photographs are negative attributes to consider.

These trail cameras provide a range of options and prices for those seeking remote cameras for artistic purposes, security, or wildlife observation. 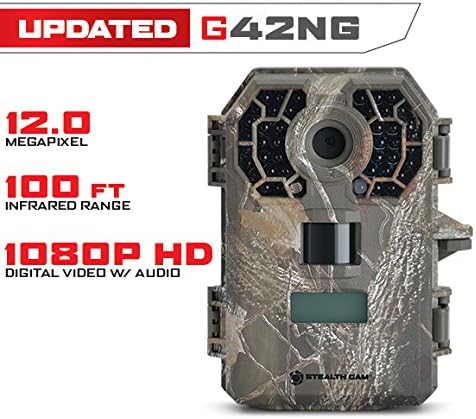 How Do I Select a Trail Camera?

When deciding which trail camera is best, the most important question is how you will use the camera. Will you take interior or exterior shots? Will you use the camera for nighttime photography as well as daytime photography? Are you using the camera for artistic purposes, sports photography, surveillance and security, or wildlife observation? Does the camera need to pan over an area or will it be fixed? Do you want still images, video, or both? Do you want a film camera, or do you want a digital camera with an SD card that can be left unattended in place long term and that may be able to transmit images to your e-mail address or cell phone?

High quality images are important for any remote camera. Do not buy a trail camera with less than eight megapixels of resolution, especially if you intend to print the images.

The case of a camera used for wildlife observation or outdoor surveillance must be easily concealed, weatherproof, and especially waterproof. It should have a sleek design with no protruding parts or controls that could be damaged.

The easier a trail camera is to use and the more simply it functions, the less likely it is that something will malfunction while the camera is unattended. The point of a wildlife observation camera is to reduce the presence of humans so that the animals behave normally. Therefore, it is extremely important that both the camera’s battery life and its ability to continue to operate both extend for several months.

How to Use a Trail Camera

Braided safety cables and other mounting hardware secure remote cameras in areas where people might pass below; these cables may be secured and protected by gaffer tape and black wrap. Trail cameras could be mounted in fixed positions and many have camouflage cases.

Selecting a position to mount the camera is also an important variable to consider depending on what one is intending to capture. Mounting cameras at 30 inches captures images of deer and larger animals, whereas a lower position captures smaller animals and game birds. Setting cameras to take three pictures in succession in “rapid fire” or “burst” mode captures fast moving animals without disturbing animals inclined to linger even when using a red-glow infrared flash that animals notice. Deer look in the direction of the flash but don’t flee, but predators such as coyotes and bobcats are more likely to be spooked. Purchasing a python lock or a security mount or box discourages theft of the camera.

Shutters on remote cameras can be triggered by a cable attached to a button, by radio remote, or, if the camera must operate independently of a photographer, by heat and motion sensors.