Vlogging is one the biggest trends of 2020, not to mention a complete revolution of how the world is consuming media. It is growing at an incredibly rapid rate. More and more people are entering the vlogging world every single day. To start vlogging, all you need is a great vlogging camera and some solid video editing software.

The camera technology has developed over the years. The cameras today are more affordable and advanced as compared in the past. Today we are going to discuss and define the best vlogging camera under $300. If you are just starting out, then instead of buying a super high end camera you should initially start from this range. On the other hand if you are already vlogging and want to upgrade your vlogging game, then also we have some really good options for you.

No worries!  Check out our guides for vloggers with a smaller budget here: 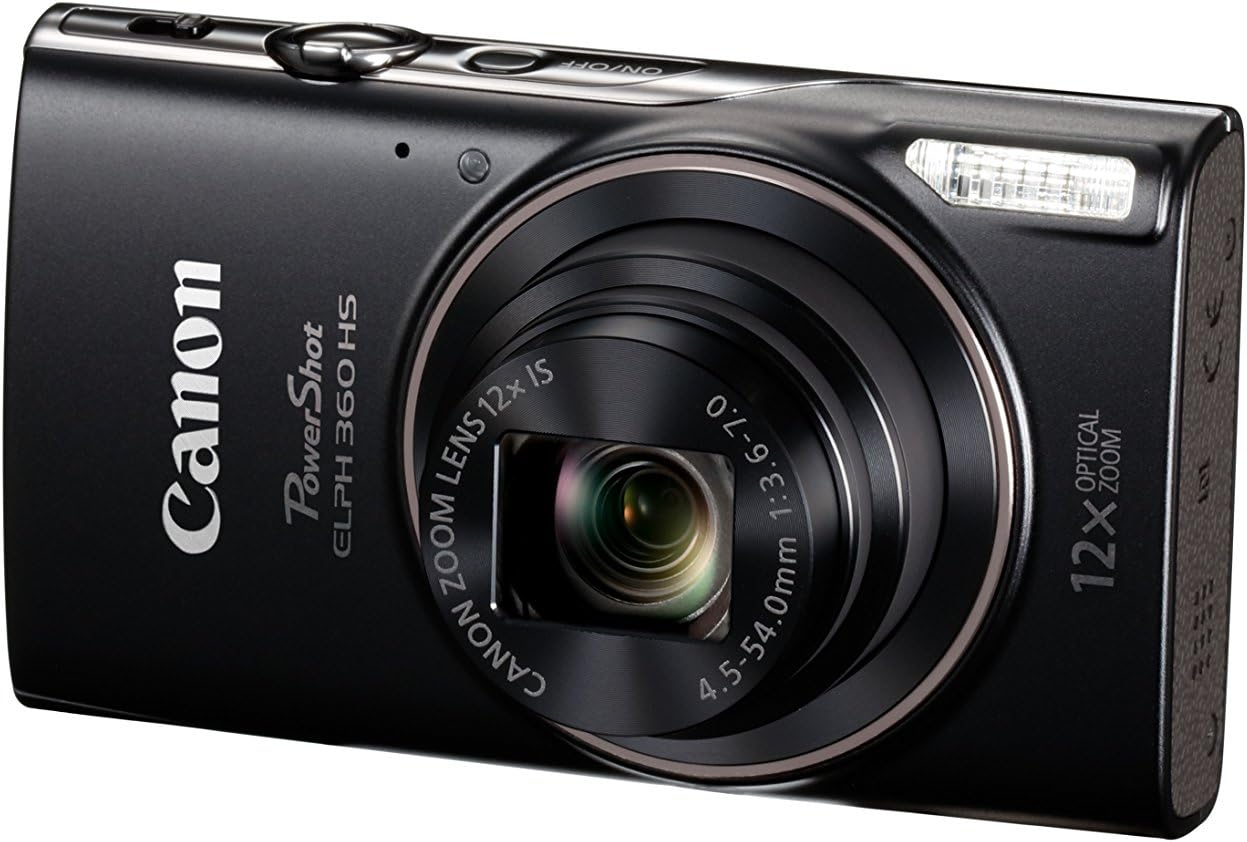 It has a 20.2 MP sensor which can record up to 1080p at 30fps. It has features which complements vlogging in a very good way. It has built in optical image stabilization, which is very important for vloggers. As a vlogger you would naturally create more “selfie vlogs” while walking or riding a bike, etc. And if you don’t have the built in optical image stabilization, the quality will be degraded.

It has built in Wi-Fi with NFC. Transferring your files or uploading your vlogs is a very easy process, as you can do it directly from your camera. The microphones on the camera are front facing, and it’s a game changer. The audio quality is far better compared to the microphones on the top in the traditional way.

It can record videos in 1080p that is Full HD, and it’s the golden standard for creating vlogs on Y0uTube. The overall video quality is really good, and you won’t have any complaints as far as the video part is concerned.

The weight of the camera is just 147 grams. It is extremely lightweight and portable. As a vlogger you would want to carry your camera everywhere with you, and it’s not a very pleasant experience if you have a bulky camera. But as this camera is lightweight, you can easily carry it around.

On the flip side this camera has some downsides too. The overall low lighting performance is poor. This is because it doesn’t have a good aperture and it’s very common for cameras in this price range. But if you are just starting out, then low lighting would not be a problem for you. Just create your vlogs in the day time when there is plenty of light.

The battery is just around 250 shots. Though it’s not that bad. But you will still need to carry a couple of extra batteries just for additional safety.

This finishes our overall review of the Canon PowerShot ELPH 360 HS. All in all, it’s definitely the best option for vloggers that are looking to spend less than $300 on a vlogging camera. 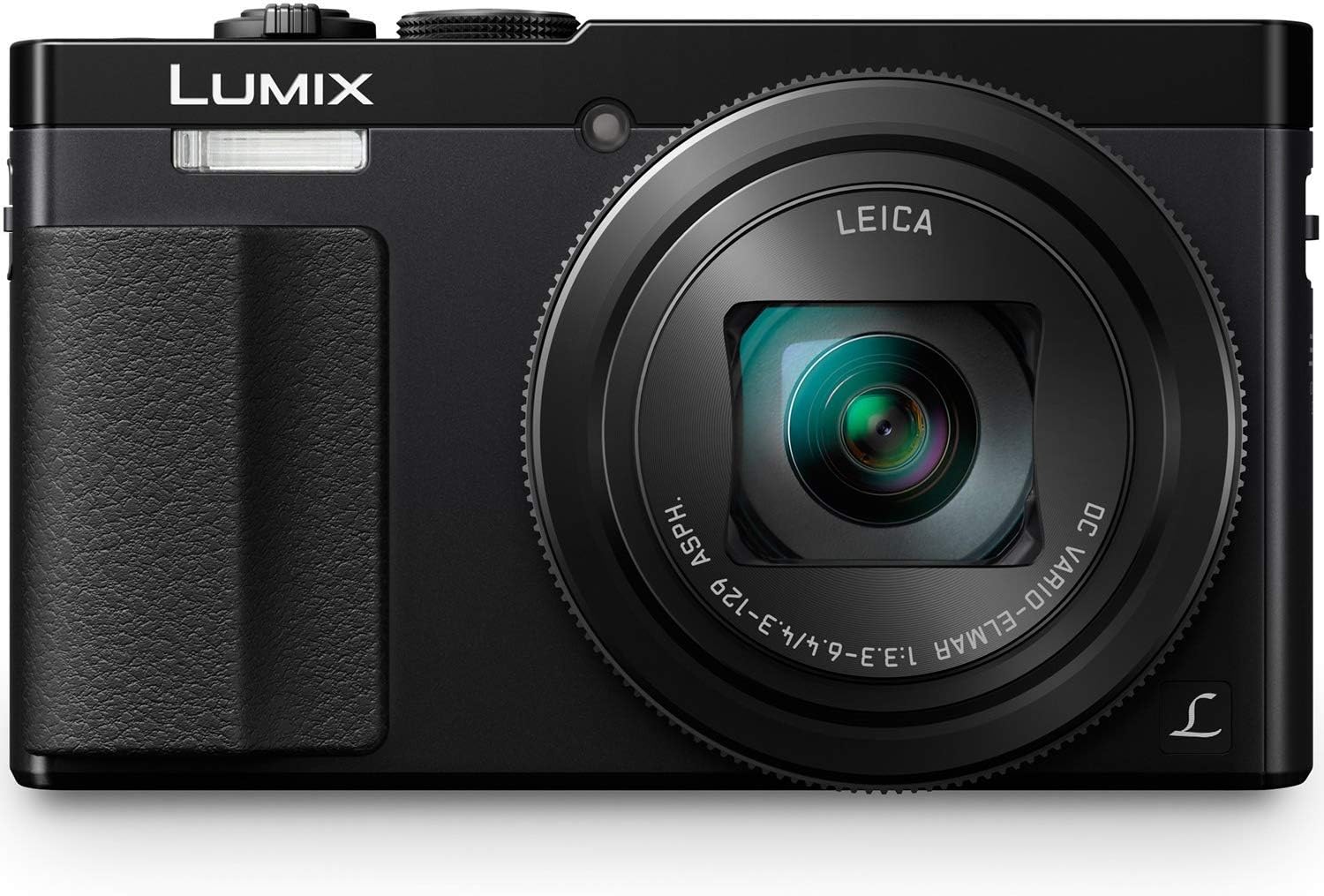 It has a 12 MP sensor which can record up to 1080p at 60fps. The focal range of this camera is from 24mm to 720mm. It has a 30x zoom with eye viewfinder. The viewfinder feature is very important for vloggers, because it helps you immensely in getting a better angle as the image is represented with 100% quality on the screen.

The main selling point of this camera is its full manual mode. This gives you a lot of control over your videos and photographs. And also you won’t often get the fully manual mode in this price range. It has manual focus, which is very essential for vloggers.

It has built in Wi-Fi. Nobody wants to use those ugly cables anymore, when you can transfer wirelessly. It can record videos in slow motion and also has the ability to create time lapses. You can add a new little section in your vlog showcasing the time lapses or slow motion videos. These little features can make your vlog unique and worth remembering.

It does have some downsides too. It do not have a flipping screen, touch screen. And it’s quite heavy too for its size. Flipping screen is really important for vloggers, because it helps immensely in creating selfie vlogs as you can see what’s being recorded in real time.

This conludes the detailed review of the Panasonic Lumix DMC ZS50. Overall it’s a solid camera for vloggers. It can record in Full HD and the overall video quality is also terrific. It also has the fully manual mode. Only downsides are that it lacks a flipping screen and its a bit on the heavy side. 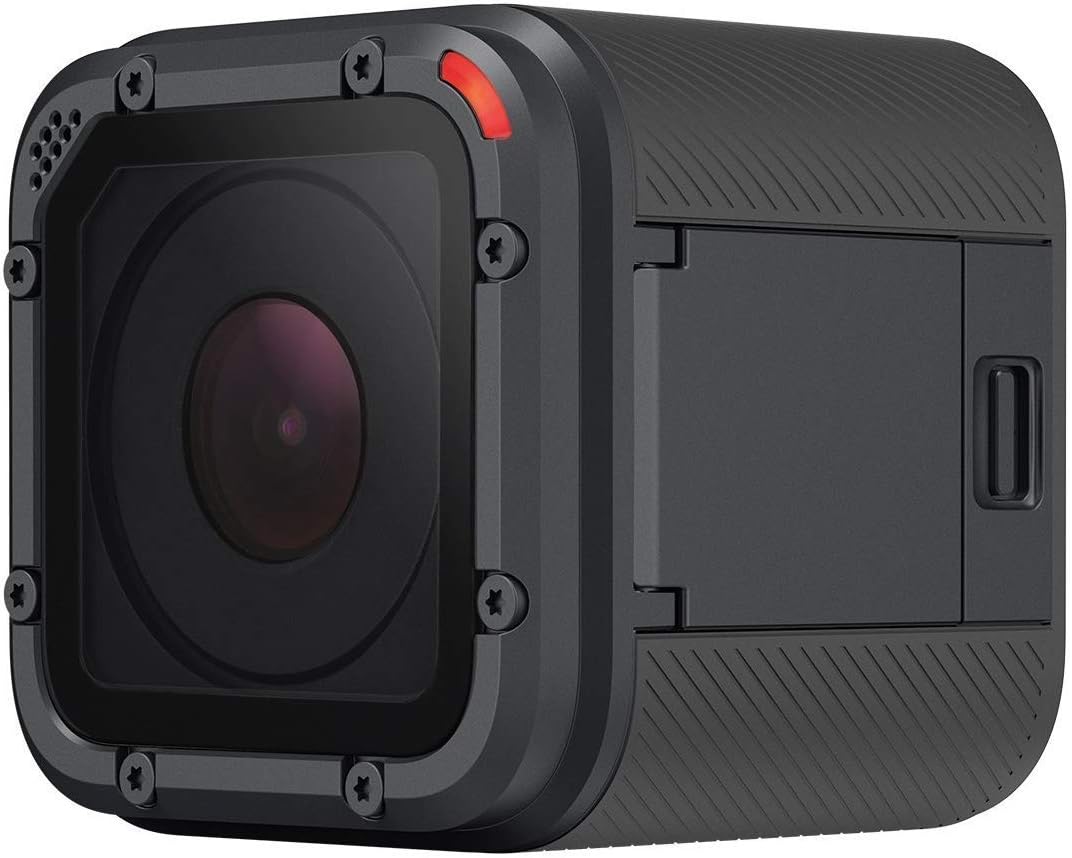 The GoPro Hero 5 Session can record up to 4k. Recording in 4k can really change the overall quality of your vlog. And you won’t get 4k that often in this price range. It can also record videos in slow motion at 1080p at 120 fps.

It has only one button to control the camera, it does everything from powering on, recording and stopping recording. You can just press the button and start recording. It also has voice control, which is a really great feature for action vloggers. Using your hands while performing different activities can be a daunting task, but with the help of the voice control it’s quite easy.

It has advanced video stabilization system which can give a really tuff competition to the high end cameras. It will create a perfectly stable video whether you are horse riding to enjoying a roller coaster. It is compatible with a variety of mounts, which is again really helpful for action or motor vlogs. You can mount the camera on your bike, helmet, etc. and start recording.

It is waterproof up to 33ft. You can create great underwater videos with the help of this camera. It has built in Wi-Fi and Bluetooth, so you can transfer files wirelessly.

This concludes the detailed review of the GoPro Hero 5 Session. Ultimately it’s a great camera for vloggers, in particular action vloggers looking for a durable vlogging camera for under $300. 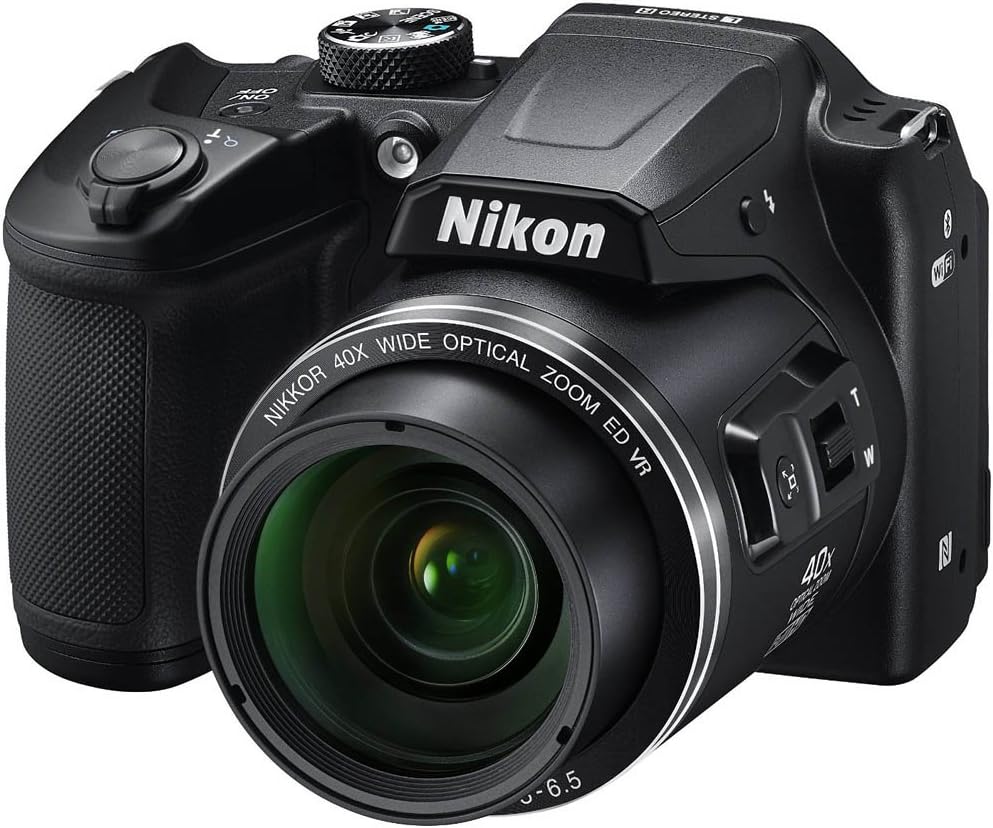 This is one of the best vlogging cameras under $300 for indoor shooting. It can record videos up to 1080p. The overall video quality is really good. The low lighting performance of this camera is also good. You can create high quality vlogs using this camera.

Nikon CoolPix B500 In Detail:

It has 40x optical zoom. Zooming is not an essential feature nor a commonly recommended feature for vloggers most of the time, but it is an awesome additional feature to have. Most inexpensive vlogging cameras that offer zoom do not account for decreases in image quality at some level. However, in this camera the optical zoom is really good and you can shoot cool close-up shots without losing a lot of image quality.

It has an optical image stabilization feature with vibration reduction technology. For vloggers this is a really significant feature, because you don’t want your videos to be shaky at all times. The stabilization system works really well. But it’s not that used in this camera by most of the vloggers, as this camera is going to be used indoors the majority of the time.

It also has a flipping 3” 921k display. The flipping screen helps you in setting the frame, as you can see what’s being recorded in real time. It is one of the most essential features.

On the flip side it doesn’t have a manual focus. Though if you recording indoors, this won’t be that big of a problem. It is quite heavy, which might become a concern for some vloggers. It does not have a touchscreen.

This concludes our detailed review of the Nikon Coolpix B500. It’s a really good vlogging camera, especially for the price. It has mostly all the essential features for creating vlogs like flipping screen, optical image stabilization, great battery life, etc. While it is quite heavy on the other hand. So if you are mostly going to shoot indoor videos, then this camera can be a really good option for you. 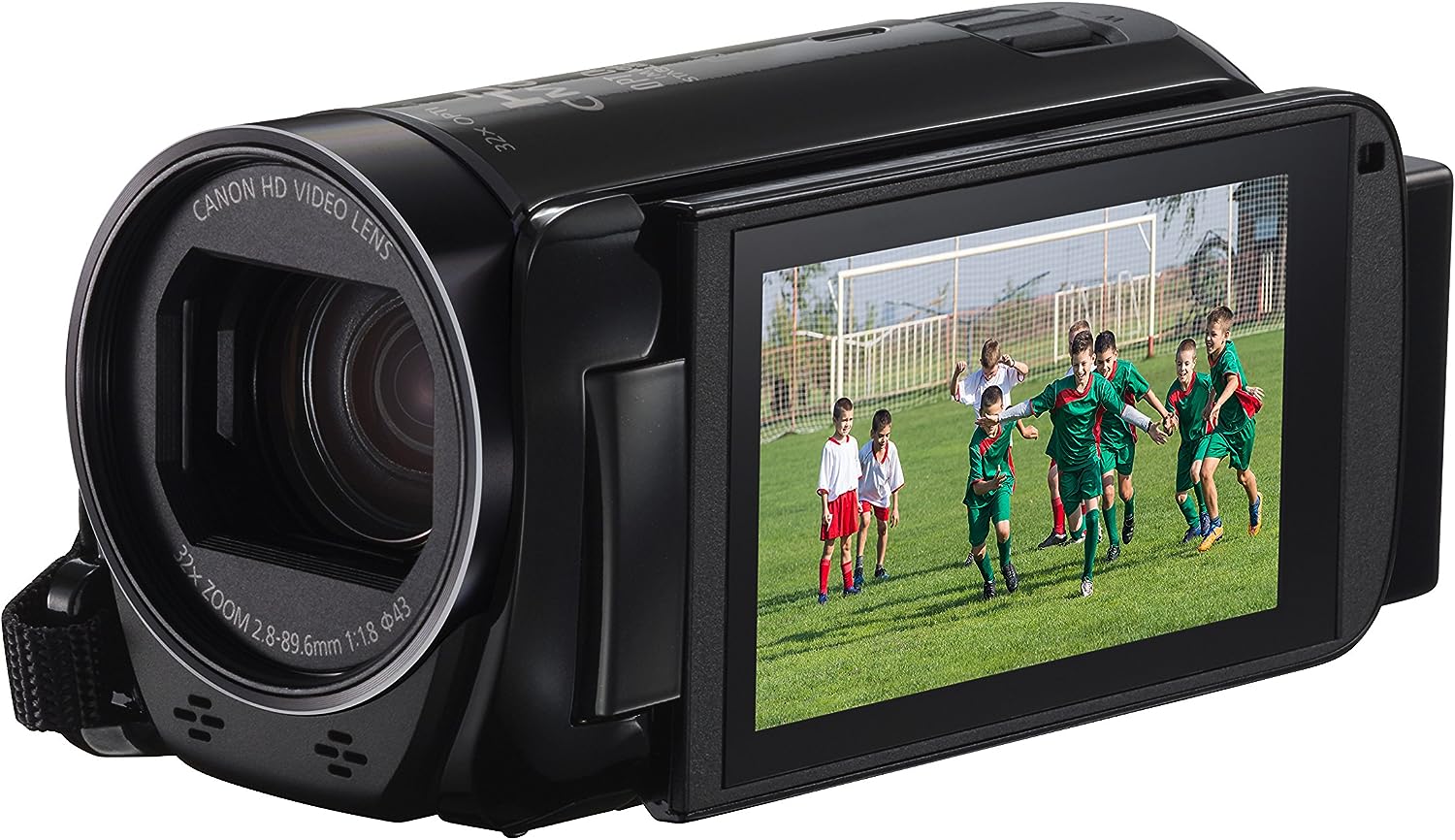 This Canon is an HD camcorder model. Although a different model to the more commonly preferred compact and DSLR cameras that vloggers opt for — It can still record up to 1080p. The overall video quality is really good. Importantly, it has a flipping touch screen. Choosing a vlogging camera with flip screen helps you set up the frame for each shot in a very easy way.

It has built in Wi-Fi. The battery life of this camera is also pretty good. It has 32 GB of internal storage, so you won’t have to purchase a separate memory card. 32 GB will be enough for most of the vloggers, and as it has Wi-Fi you can transfer your files wirelessly to make room for new videos.

One major disadvantage of this camera is that it has a smaller sensor as compared to DSLR’s or compact cameras. Other than that it’s a really good vlogging camera.

All in all, the Canon Vixia camera is a sound investment for any vlogger looking for a more durable camera that bridges the gap between point-and-shoot and “action” cam. The pros certainly outweigh the cons, and for less than $300, it’s a worthwhile addition to your arsenal.

This concludes our breakdown of the five best vlogging cameras under $300. You can easily create high quality videos using any of these cameras. First time vloggers can try their craft with any of these cameras without investing a hefty amount while still getting good image quality.

These camera are inexpensive for a few reasons, but the main one is sound quality. You see, sound quality is in many cases as important (if not more) than the video quality itself. The overall sound quality from the built in microphones is not that good from the cameras in this price range. So we definitely advise investing in a separate external microphone to record the best audio for your vlogs. Just a final tip for you before you embark on your vlogging journey!